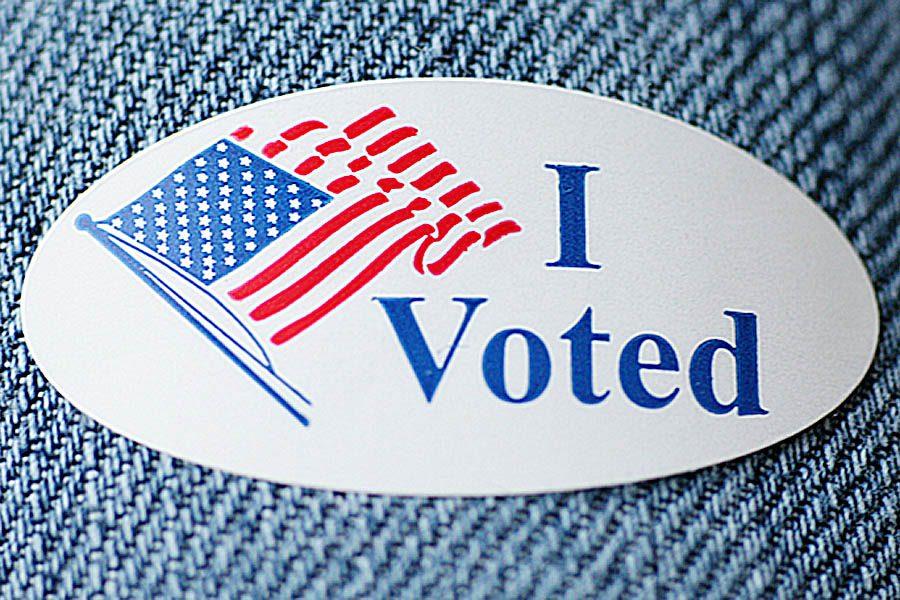 A sticker given to those who voted from October 22-28 and Nov. 6th

October 22, the day early voting commences and we, as a people, have a chance to democratically let our voices be heard. Across the country, tightknit races are approaching climax and we will see which direction the populace demands this country go. Whether the country moves further red, or hues blue, we can be sure that voter turnout will be high; because, in the wake of Trump, people are eager to have their voices heard and hopeful that they can see a material change in this country. And now, in the age of climate change denial by U.S. hegemony, the rise of hate groups, and rampant economic inequality, it is imperative that U.S. citizens exercise their civic duty, so we can see much-needed change.

“Voting is important because it is our outreach, it is our voice; and as the American people, I feel like we should use this opportunity that we have been given, and use it to the best of our ability, because if we don’t vote people end up in the office that we don’t agree with and that we don’t have the same qualities as,” Senior, Chimaeze Eze said.

Locally, the congressional race between Democrat Sri Preston Kulkarni, and Republican incumbent Pete Olson is heating up, with nonpartisan Cook Political Report shifting TX22 from “likely Republican” to “lean Republican”. This notable feat was achieved by an unflagging, grassroots campaign by the Kulkarni campaign which reached out to historically marginalized Asian groups for support. The reaction by the Olson camp has been employ inflammatory politics, which can be seen by their numerous negative campaign ads. According to CNN it has been reported that  Olson called Kulkarni an “Indo-American carpetbagger.” Still, in a historically ruby-red district Sri Preston Kulkarni’s campaign is testing the bounds of an inclusive, diverse approach to politics; so this campaign, though just one seat in the house of representatives, may become a national archetype for how to run a campaign based on crossing class lines and getting disenfranchised people to vote.

So, please, if you can, go to your polling place and let your voice be heard; if not for yourself, do it for those whose lives are influenced by our government daily, but have no voice.