Nick Cavallo, GRHS' Head Coach of Athletics, is going on his 3rd year at the Ranch. 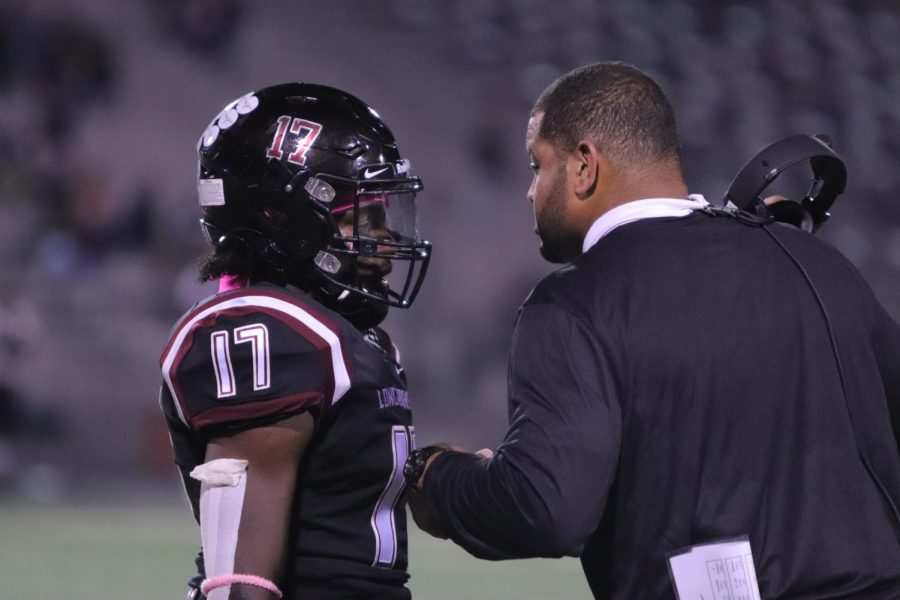 The Wrangler: Is being a head coach and athletic coordinator a lot different from when you were just a defensive coordinator?

Cavallo: Yes, the biggest difference is now that I’m head athletic coordinator I  cover a lot more than football. I cover more of the campus life and what goes on than just strictly football like I was before.

The Wrangler: Why did you choose to move schools and become a head coach?

Cavallo: I got the opportunity to become the head coach at George Ranch high school and I took it. However, I loved the district of Lamar, and I wanted to stay in it.

The Wrangler: What made you want to be a football coach?

Cavallo: I loved the game and I wanted to continue in college and also go pro. Unfortunately, I didn’t get the chance, but I still wanted to be involved so I became a coach and soon moved up to head coach.

The Wrangler: How do you deal with the loss of a game and the criticism from the fans?

Cavallo: We as a team felt we put in [our] all, and we’re not done. We know we could’ve done better and we’re going to be better. As for the criticism of the fans, we take it as motivation. We know we’re trying our hardest and they don’t see the work we put in, they only see the end result. We don’t take it to heart, we just choose to ignore [them] and continue to push harder and harder.

The Wrangler: What is a typical before-game practice like?

Cavallo: A typical before-game practice is 30-45 minutes. 10 minute warm-up stretch, then 20-30 minute offense and defense, going through plays to make it all crisp and perfect.

The Wrangler: What are punishments for players who break the rules such as failing, skipping class or practice, and being late to practice?

Cavallo: When it comes to the punishment, I see it as every action has consequences when it comes to grades. I don’t give punishment if coaches will send their players to tutorials; all players need to be accountable for their actions.

The Wrangler: What do your senior players do after the season is completely over?

Cavallo: Three weeks early, before the actual season ended, we get the recruiting list and get kids offers that want to pursue football at the next level.  The seniors continue their academics and finish their final year.

The Wrangler: Do you encourage your star players to do other sports or do you want them to strictly focus on the football season?

Cavallo: Yes, the way I see it, every sport somehow helps the other sport and helps you do better—there is always is room for improvement. When playing other sports you have more opportunities to be better.