Arctic Monkeys Take Us to the Moon

"What do you mean you've never seen Bladerunner?" 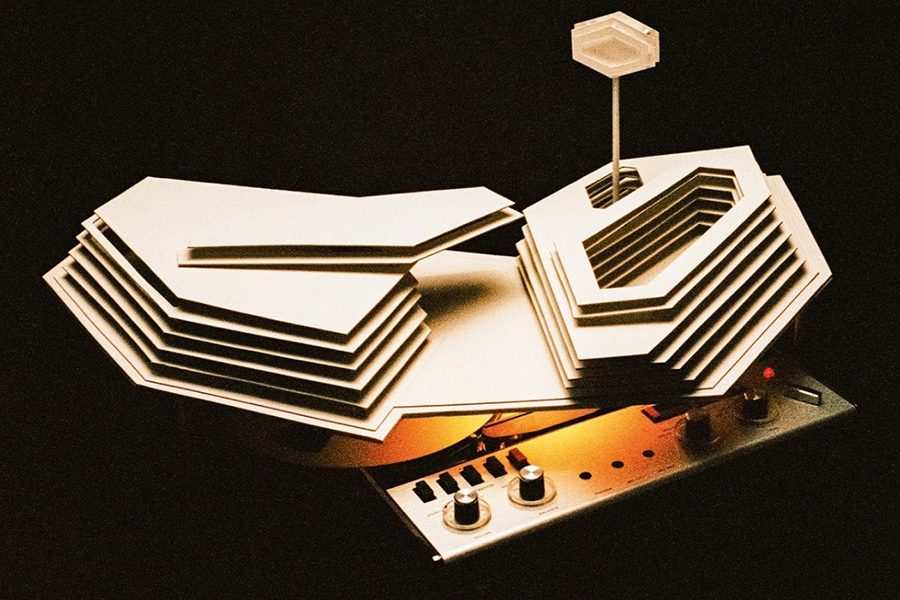 “I just wanted to be one of the Strokes, now look at the mess you made me make…”

Alex Turner and the Arctic Monkeys open their latest album with an elevator tune that truly welcomes you to the new approach at their sound, a psychedelic journey to a hotel on the moon. Swapping his usual gruff guitar riffs for a keyboard and synthesizer, Alex Turner and his mates present us with Tranquility Base Hotel & Casino (TBH&C), an album that truly lives up to its name. Filled with wavy tones and hypnotizing rhythms, TBH&C is a stark contrast to anything the Arctic Monkeys have ever released before. The direction this album brings the Arctic Monkeys in is one that has never been explored previously.

As always, critiques arise and it could be said that TBH&C has split the fan base. A good chunk of Arctic Monkeys fans were expecting an album to follow up on their gritty fifth studio album, AM, which was released in 2013 and was followed by a five year hiatus. Those expecting AM 2 (PM?) have locked themselves in battle with those who enjoy the shift in tone which TBH&C brings on. One of the most enjoyable aspects of the Arctic Monkeys is the unique sound that reinvigorates each album. Whatever People Say I Am That’s What I’m Not, their first release, is a punk-rock album with heavier guitar riffs but more emotion-based lyrics. Favorite Worst Nightmare is rooted in funk, Humbug has a more relaxed aura about it, and Suck It And See makes you feel like you’re driving a motorcycle down the west coast. AM is the album which truly thrust the Arctic Monkeys into the public eye, propelling itself into the spotlight with its dark tone and enigmatic tracks, which afforded the band mainstream success. TBH&C exemplifies the Arctic Monkey’s newfound self-confidence in conceiving music they candidly enjoy, rather than producing emotionless, popular sound.

…Alex Turner said “I feel like I was overhearing conversations that went along the lines of ‘Have you watched such and such?’”

TBH&C is definitely an album that grows on you the more you listen to it. The audible shift caught me off guard at first, but then after a second listening; I could appreciate its kaleidoscopic ambiance.

The first track on the album is Star Treatment, the perfect song to introduce the euphonious sensation of the record. Opening with elevator music and resounding vocals that thrum around your ears, Alex Turner begins by introducing us to the setting outside the Tranquility Base Hotel and Casino, discussing how he wishes to escape. We get a glimpse at the jaded life Alex’s character is living on Earth with a woman he thinks he loves. The sluggish pace of this song demonstrates his wishes for a new life. Things are dull and they long to abdicate to somewhere more enticing.

Star Treatment presents the listener with the character’s desire for fame and fancy drinks, ritzy venues and wealthy people.

A buoyant piano staccato welcomes us to One Point Perspective. In the song’s second verse, the piano is greeted by gentle baritone guitar, creating a feeling that there’s something more to be found. The character in this song feels ensnared by his cyclical routine. He sees his surroundings as monotonous; his home is a discolored facade of a once-distinguished establishment. The way he speaks of a city that, to him, has lost its luster, a once glowing metropolis has devolved into a calamitous state. In this song, Alex’s character discusses the repetition in conversation he overhears about TV shows and movies. From an interview via Pitchfork.com, Alex Turner said “I feel like I was overhearing conversations that went along the lines of ‘Have you watched such and such?'”

While full of merry piano notes, One Point Perspective has a melancholic theme behind its lyrics. The song ends with the same notes it began with and immediately ushers us into the next track, American Sports.

Suddenly stars surround us and we feel as if we are adrift in orbit, gazing down on Earth. The piano and bass pair with the synthesizer’s melodic tune, projecting stars in our minds. American Sports makes us feel as if we’re in for a great adventure but alone at the same time. The song closes with an astronomical guitar riff and mezzo-piano.

A smooth bass line opens us into the titular track, Tranquility Base Hotel & Casino. The flow of Alex’s lyrics help the song move forward. We are greeted with the line “Good afternoon, Tranquility Base Hotel & Casino, Mark speaking, please tell me how may I direct your call?” which tells us we’ve finally arrived at our destination: the hotel on the Moon. The song ends with a congruent celestial tune as heard in American Sports  to veraciously conceptualize our space odyssey.

The final track of the record’s A-side is cognominated Golden Trunks. The song opens with heavy distortion and evokes a domineering mood. Ominous but lovely, Alex’s character speaks of a girl he fantasizes about in this spooky space love song.

The B-side opens with the crowd-favorite song, Four Out Of Five. The funky guitar and bass pair up for a bold song that makes itself into an add for the hotel, beckoning for you to come visit it’s sironic attractions. This song has a serious groove and really punches home the psychedelic tone this album presents us. The build towards the end of the song is an emotional trip that truly makes you want to visit the Tranquility Base Hotel & Casino, especially with a 4/5 star review.

While full of merry piano notes, One Point Perspective has a melancholic theme behind its lyrics.”

When you hear the name of the next track, The World’s First Ever Monster Truck Front Flip, it might strike you as a little odd. When you listen, you are serenaded with mellow vocals and a hypnotic drum beat.

A brief drum roll brings us into the meta-song, Science Fiction. In this track, Alex discusses songwriting with an eerie synthesizer backing him. The drums take charge, driving the tone and leading us into the next track with a flourish.

“One, two, three four…” The penultimate track, She Looks Like Fun begins with a loud, hard drum and guitar combo, then smoothly slows into a bass groove as Alex’s caricature speaks his mind about social media. The song repeats this fast and slow rhythm, painting out Alex’s criticisms of how we are entranced by social media. She Looks Like Fun details how repetitive and lifeless social media can be and how we feel the need to post everything we think.

Ominous piano and staccato synth notes accompanied by a low bass line welcome us into Batphone. The overall feel of Batphone is dark and foreboding. Heavy distorted guitar and the wail of a theremin add to the spooky tone of this song. Alex shows the power of his voice in this song, filled with robust notes and vibrato.

The final track of the album is called The Ultracheese. While the title appears amusing, the track is easily one of the most emotional. Alex’s character discusses how he has lost connection with old friends and how he has changed into a more morose person. The slow, doo-wop sound sells the sad tone and is a perfect conclusion to the this stellar album.

TBH&C is like nothing we’ve ever seen from the Arctic Monkeys, and that’s just fine. The space-themed songs and the synthetic rhythms are perfect for the tone the album attempts to broadcast, almost a distress signal in the wasteland of contemporary society. 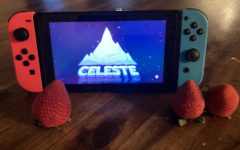 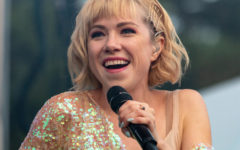 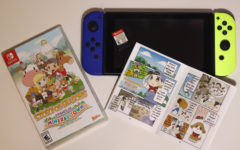 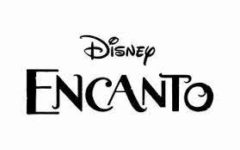 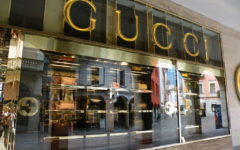 The Unexpected History Behind the Gucci Name: House of Gucci Review