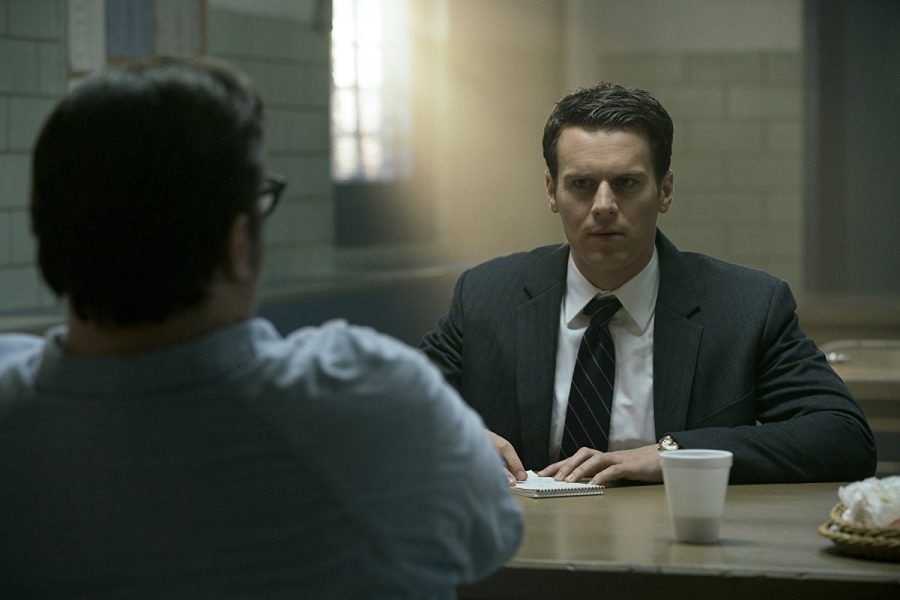 David Fincher and the Uncertainty of Ambiguity

There's an innate curiosity that revolves around serial killers. Instinctively, it makes perfect sense– what species wouldn't be interested in its sole predator?

“Ernest Hemingway once wrote, ‘The world is a fine place and worth fighting for.’ I agree with the second part.”- William Somerset, Se7en.

Horror-thriller films delve into the cracks of humanity and look for what haunts us, and then turn our fears into a few hours of entertainment. But there’s more to creating a believable and memorable film than meets the eye. An enigmatic mystery, sustainable suspense and a satisfying resolution are all necessary parts in creating a distinguished thriller.

While each part of a thriller can be the most important in the right context, the most difficult to achieve is the fabrication and continuation of suspense.

Often times, certain scenes are filmed or edited in such a way that create suspense where there logically shouldn’t be any at all. This creates a huge swell of pent-up anxiety in the viewer that normally culminates at the climax. This suspense acts as a slow burning catalyst in creating a compelling story, and without it a film can die along with the viewer’s attention. But why does suspense, in thrillers particularly, have such a strong effect?

Underneath the mask, the villain doesn’t look so different from anyone else. But when they’re anonymous, we’re programmed to be afraid of them.”

At the heart of suspense lies the subconscious notion that something should be happening. That nothing is jumping out at you when it feels like it should, is unnerving and vague. This creates an ambiguous setting.

When you meet someone new, or you catch someone’s eye walking on the street, there’s a reason we look at their face. We do this to determine as quickly as possible if they’re a threat or not. The same goes for other natural phenomena. Classifying the variables of life surrounding us as either dangerous or not is both comforting and necessary from an evolutionary perspective. It is literally anxiety-inducing to be unable to determine intent.

When you see a doll or a mask that is just slightly off from being authentically human, people find them creepy for the same reasons. They’re ambiguous and vague. These faces lie in the Uncanny Valley, appearing in the zone in the chart of human-likeness where they’re close to being human but too far from being anthropomorphized. At this point you lose the ability to identify their intent. It is for this reason that you see so many masks in the horror genre. Underneath the mask, the villain doesn’t look so different from anyone else. But when they’re anonymous, we’re programmed to be afraid of them.

So in regard to building authentic suspense in thrillers, removing the safety of ordinary occurrences leaves the viewer in a state of perplexity. Visually this can be done many ways, commonly just prior to car accidents, and it works remarkably well. Instead of framing a shot at a 3/4 or full frontal shot of an actor, the camera pans to a more obviously wide and profile angle to let the viewer see out the window– right before a car crashes into the protagonist’s vehicle. See for yourself in the first few seconds in this scene from Mindhunter, Fincher’s newest project in the realm of serial killers.

Mindhunter is a more cerebral and deliberate drama that depicts the highly scrutinized beginning of the FBI’s Behavioral Science Unit. In the series’s ten-episode first season, Holden Ford (Jonathan Groff) and Bill Tench (Holt McCallany) interrogate reprehensibly violent killers in an attempt to label and classify their psychology to prevent crimes of the same type.

Fincher is a class act in creating thrillers and isn’t new to the theme of serial killers. His first major attempt in his 1995 film Se7en, took the viewer on a cryptic ride-along through William Somerset (Morgan Freeman) and David Mills’ (Brad Pitt) investigation into a serial killer who slew his victims in accordance to the seven deadly sins. The killer, John Doe, is never identified by name. Anonymity here creates an aura of incertitude around the killer and makes what should be a positive moment, the arrest of their killer, creepy and unnerving.

In Se7en, John Doe wants to send a message to the world regarding his peculiar and vindictive view of religious implications on human atonement, not entirely dissimilar to the antagonist of Zodiac. The difference lies in intent. While John Doe wants to become a martyr and publicate his ideology— the Zodiac simply wants attention, a critical difference as the change in purpose leads the investigators in completely different directions, one of which leads nowhere.

Bill Tench asks local policemen in Mindhunter, how do you catch a killer when motive becomes elusive? For John Doe, his religious motives direct everything he does, and thus gives leeway in the investigation. But the Zodiac has no material motive— how does one trace that in a murder? The cops Bill and Holden visit to teach simply can’t. They live in a world of black and white, good and evil. Serial killers aren’t created by the failures of society, they’re born that way. This mindset rescinds any chance of apprehending such a killer.

In reality, serial killers are exceedingly damaged individuals composed of untreated emotional and mental issues with detestable crimes under their belts. Despite this abhorrent nature, they’re fascinating and enthralling.”

The lines become more blurred as the season progresses. In the first few episodes, Holden builds up a method and eventually uses it to catch several murderers along with Bill’s expertise. However, as all things do, this progress comes at a cost. The killers Holden interviews leave an imprint, emotionally and mentally. He becomes arrogant and stoic, unsympathetic and bitter towards Bill for wanting a break. Holden makes the fatal mistake of a young man, believing he’s invincible. He falls apart in the finale, when after being lured to visit Ed Kempner via a failed suicide attempt, Kempner gets Holden alone during a guard change. Holden narrowly escapes after Kempner jokingly states how easy it would be to kill him, physically unable to breathe. As Led Zeppelin’s In The Light plays and the first season concludes, we see for the first time just how deep Holden is in over his head.

Robert Graysmith (Jake Gyllenhaal) has a similar experience in Zodiac. His hunt for the Zodiac has cost him his family, his job as a cartoonist, and even his own personal security as he receives phone calls in the middle of the night, heavy breathing the only response. Nonetheless, he’s still determined, but after mistakenly visiting the house of one of his suspects alone, he finds himself in the basement. In that moment, it’s clearly evident how out of his league he’s become. However, he’s able to run away intact and even continues his investigation. The same can’t be said for Holden, whose future is uncertain at this time.

It’s safe to say Fincher knows what he’s doing when directing a thriller, and he’s assuredly mastered the portrayal of serial killers in a narrative sense. Serial killers are exceedingly damaged individuals composed of untreated emotional and mental issues with detestable crimes under their belts. Despite their abhorrent nature, they’re fascinating and enthralling traumas.

The question remains, why are serial killers so captivating?

To answer this, we have to look back into the history of our species. Homo sapiens evolved to be an apex predator for many reasons. The most crucial proponent, however, is Homo sapien’s use of persistence hunting, which is essentially chasing prey until they eventually die of exhaustion. To our prey, an instinctive dread likely pumped through their veins as the sound of our footsteps inevitably caught up with them. It makes sense that being hunted in a similar fashion by another member of our species would be equally terrifying.

Serial killers fit this niche as our sole predator. They prowl unbeknownst in the darkness of society, selectively choosing to prey on the weak and helpless.

This idea is hair-raising, and yet we masochistically enjoy it— because it makes us feel alive. The thrill of feeling in danger highlights the stark contrast between life and death. Thrillers not only provide an adrenaline rush, but insight into human nature.

In the words of Holden, “You get onto a crowded elevator, and you face the opposite direction, the back of the elevator, and everybody freaks out. They’re uncomfortable for reasons they can’t even articulate. But if you turn around and face the front, everybody relaxes. What do we have in common? What unites us? What keeps us all awake at night?”