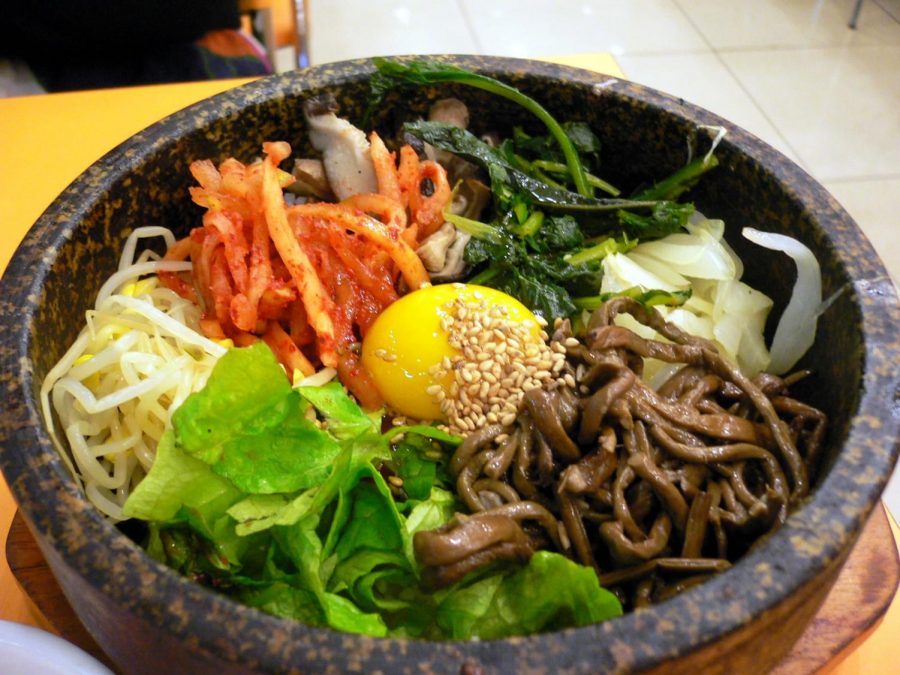 An authentic bowl of Bimbap, a traditional Korean dish, prepared at the burgeoning Korean restaurant, Bonchon.

Due to America's status as the world's melting pot, the foodscape is vast with the influences of many cultures. As a burgeoning flavor on the market, South Korea is becoming known for it's delectable dishes.

I love and appreciate Korean culture. From their music to their fashion to their food and language, it has a different quality to it that is very different from American culture.”

The way to one’s heart is through the stomach, and Korean food has certainly reached the bellies of many Americans. While the cuisine took much longer to reach the American plate than other ethnic foods, it is now a staple in many major cities to see a restaurant with bulgogi and kimchi on the menu, among many other Korean delicacies.

The delay in the acceptance of Korean cuisine is attributed to the traditionalist aspect in Korean cookery. Numerous East Asian cookeries were adapted to suit the American public and lost their authentic taste to gain public favor. However, Korean restaurants stayed true to their roots and cultivated food for their Korean patrons which disinterested many American eaters until recently.

The popularity of Korean food has lead to “Koreatowns“, ethnic enclaves on the outskirts of major cities, to boom in popularity. They’ve been marked as tourist destinations which numerous travelers visit to experience the nuances of Korean food in different cities. Although this popularity is still new to the American palate, Korean food is already working its way into the fabric of American cuisine with little chance of leaving.