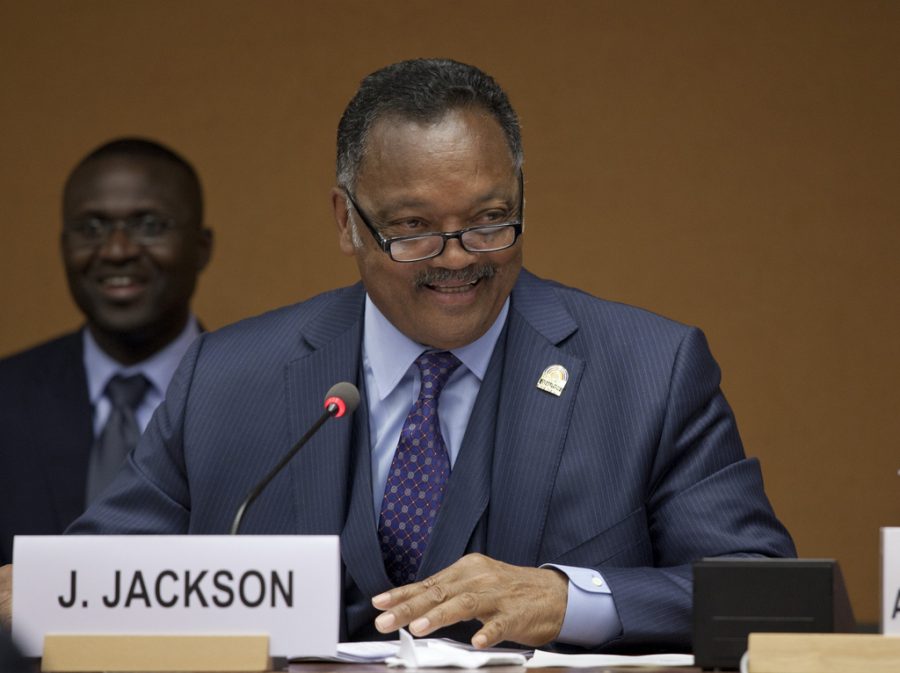 Jesse Jackson spoke at the UN.

A brief description of who Jesse Jackson is.

Jesse Jackson was born in Greensville, South Carolina on October 8, 1941. Jackson graduated high school with offers for a minor league baseball contract and a Big Ten football scholarship. He got a degree in sociology in 1964 from North Carolina Agricultural and Technical College in Greensboro.

In 1965, he went to Selma, Alabama to march with Martin Luther King Jr. and eventually became a worker in King’s Southern Christian Leadership Conference (SCLC). Jackson had to make the decision to leave school in order to work for King.

Many people thought that Jackson acted too independently and soon after, King agreed. Just five days before his assassination, King stormed out of a meeting when Jackson had interrupted him several times. Jackson was eventually suspended by the SCLC. He formally resigned from the organization in 1971.

He founded Operation People Unite to Save Humanity (PUSH) in order to advocate black self-help. In 1984.Jackson established the National Rainbow Coalition, whose mission was to establish equal rights for African Americans. Eventually the two organizations merged together to form the Rainbow/PUSH coalition.

Jackson began to travel around the world in the late 1970’s to help spotlight problems and disputes. This allowed his political involvement to increase as well as his national profile to increase. in 1984, Jackson became the second African American to run for the U.S. presidency. This campaign was historic because he placed third in the Democratic primary voting. In 1988, Jackson made a second U.S. presidential run finishing second in the Democratic primaries.