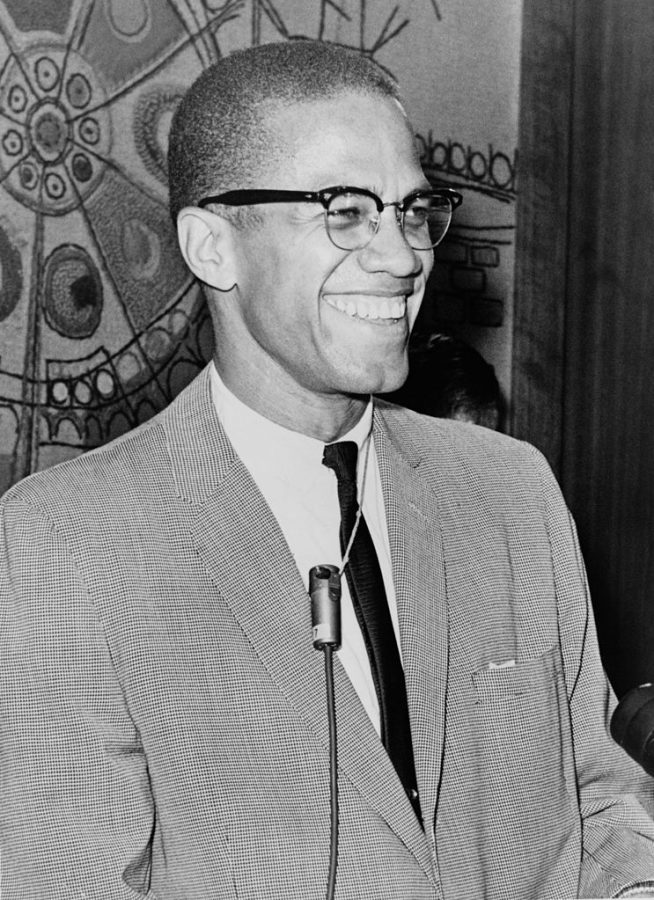 The Life of Malcolm X

Malcolm Little, also known as Malcolm X,  was an American-Muslim minister and human right’s activist. Some saw him as a courageous advocate for the rights of blacks. He was a man who condemned white America for its crimes against black Americans. Others accused him of preaching racism and violence. He has been called one of the greatest and most influential African Americans in history.

Malcolm X was born on May 19, 1925, Omaha, Nebraska.  He was the fourth out of seven children for Louise Helen Little (Née Norton) and Earl Little. Earl was a local leader of the Universal Negro Improvement Association (UNIA) and Louise served as secretary and “branch reporter”, sending news of local UNIA activities. Because of Ku Klux Klan threats‍—‌Earl’s UNIA activities were said to be “spreading trouble” he moved his family in 1926 to  Milwaukee, Wisconsin, and not long after to Lansing, Michigan. There the family was frequently harassed by the Black Legion, a white racist group.

When the family home burned in 1929, Earl accused the Black Legion. When Malcolm was six his father died in a streetcar race but his mother felt like he was murdered by the Black Legion. Rumors that white racists were responsible for his father’s death were widely circulated and were very disturbing to Malcolm X as a child.

Malcolm Little excelled in junior high school but dropped out after a white teacher told him that practicing law, his goal at the time, was “no realistic goal for a n*****r”. Later Malcolm X recalled feeling that the white world offered no place for a career-oriented black man, regardless of talent

Malcolm as an activist and outspoken public voice of the Black Muslim faith challenged the mainstream civil-rights movement and the nonviolent pursuit of integration encouraged by Martin Luther King Jr. He urged followers to defend themselves against white aggression by any means necessary. Malcolm was also a member of the Nation of Islam which promoted black supremacy. They advocated the separation of black and white Americans and rejected the civil rights movement for its emphasis on integration. By March 1964, Malcolm X had grown disillusioned with the Nation of Islam and its leader Elijah Muhammad and broke his ties with them.

Malcolm X was assassinated on February 21, 1965, at the Audubon Ballroom in New York City.