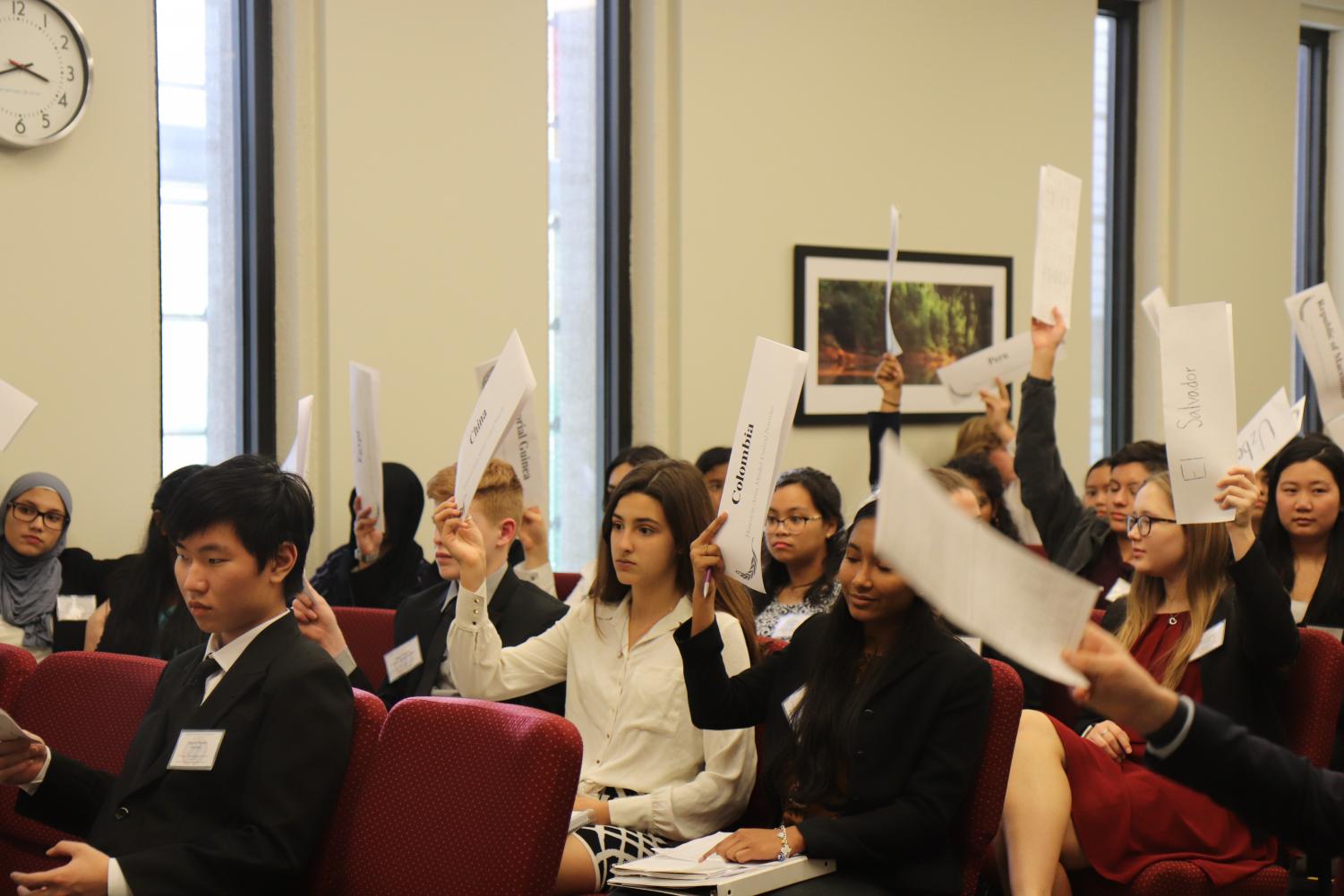 “Delegates” hold up their placards as they agree to a 15-minute caucus. (Kaitlyn Rodriguez)

“Delegates” hold up their placards as they agree to a 15-minute caucus.

This is the 45th year of HAMUN, which is the oldest Model UN Conference in the Southern US. It's one of the largest high school conferences in the Southwest US.

The sky is light blue, with a tinge of grey.

The rain is still clearing up from that morning, yet the air is free of humidity. In a way, it seems to suit the day more beautifully than if it was sunny.

The atmosphere is a mixture of tension, nervousness, and excitement. Hundreds of students are getting ready to head to Conference and experience the result of all their hard work.

In one place, a young woman is getting ready to Chair for the first time.

In another, a club President is preparing for yet another year of conference.

Lastly, a newcomer is prepping herself for her first time.

During this two-day conference, students represent countries of which they were designated prior. Each student is a delegate, assigned to a specific committee, and each committee is assigned two discussion topics that will be the focus of conference.

Through thorough research, each delegate takes on a better understanding of their country’s point of view and creates a Position Paper presenting their perspective and counsel on each issue. Personal opinions are set aside for the goal of coming to a compromise at HAMUN. Each committee is to write and pass one or multiple resolutions on the two topics by the end of conference.

Students can practice their written and oral skills in a “practical context” (HAMUN), which is a prize in itself. However, the more physical prize comes at the end of conference during the Awards ceremony. There is a small variety of awards given to those who best champion for their country, including the highly-coveted Gavel awarded to Best Delegate. 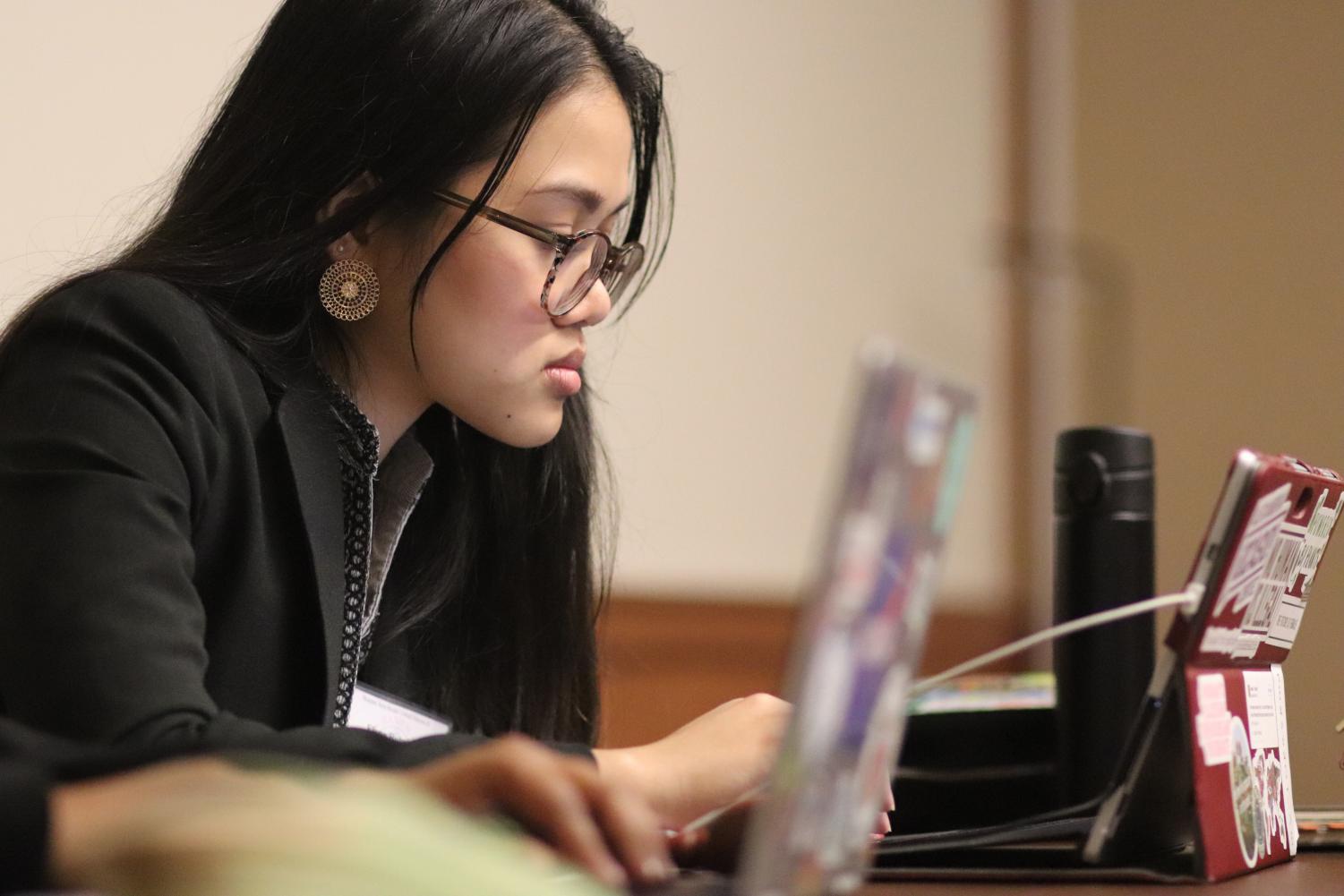 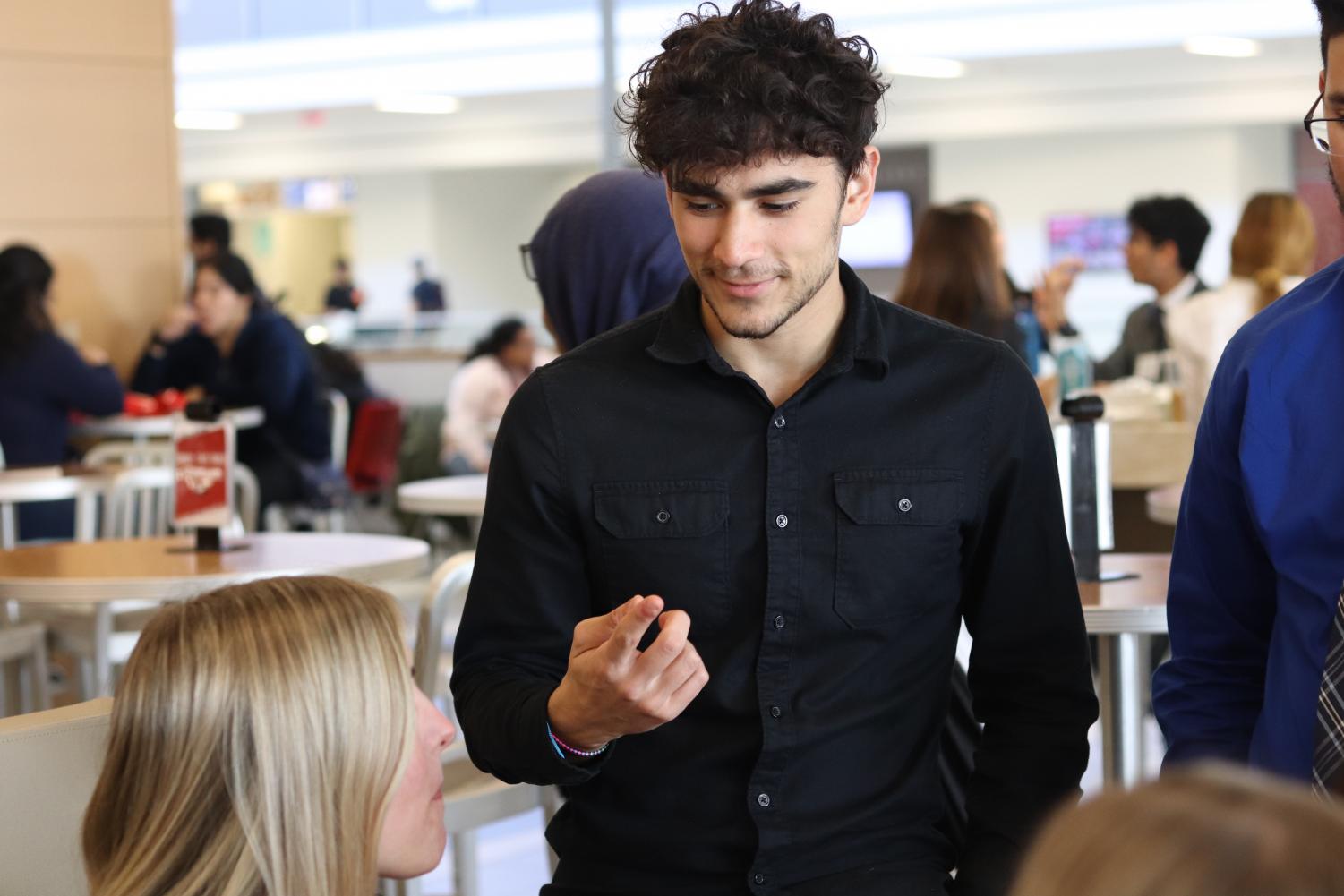 Metin Gul enjoying lunch with his friends after Session Four of Conference.

Metin Gul, a senior at George Ranch High School, is here to participate in Conference for the second year in a row.

Metin Gul—a senior, and the Vice President of George Ranch High School Model UN—is sitting at Chick-fil-A following the first session. It’s his second year attending Conference, and everything is just as he remembers.

He went through the express line. All that energy spent during the sessions makes one hungry.

Besides talking to his friends during their much-needed break, he’s thinking about the next piece of information he could provide to his block and how it could contribute to their resolution being passed.

During self-reflection, Gul admits to himself he was a little quieter during the beginning; he needed to ease back into the process. As time went on, however, he talked more and more in order to add relative information.

“I hope this Moderator’s nice and not super strict,” was Gul’s first thought at the beginning of the session.

And now? All that’s on his mind (besides food) is “I’m tired.” Two more sessions to go, though.

The food will make him feel better.

At the beginning of the session, Gul describes himself as timid. There weren’t a lot of people—besides the few who knew exactly what they were going to say and had everything written up— who were speaking.

After everyone got through the nervous phase, people were speaking up more (including Gul), and the atmosphere was quite energetic. Everyone was really friendly, coming to speak to him even at times when he had nothing to say.

They’d come to him and ask for his opinion, as well as trying to get to know him as a person. During breaks and unmoderated caucus, which is where everyone can come together and talk, fellow students were understanding and helpful.

By the time lunch came around, everyone was tired.

They deserved to be. 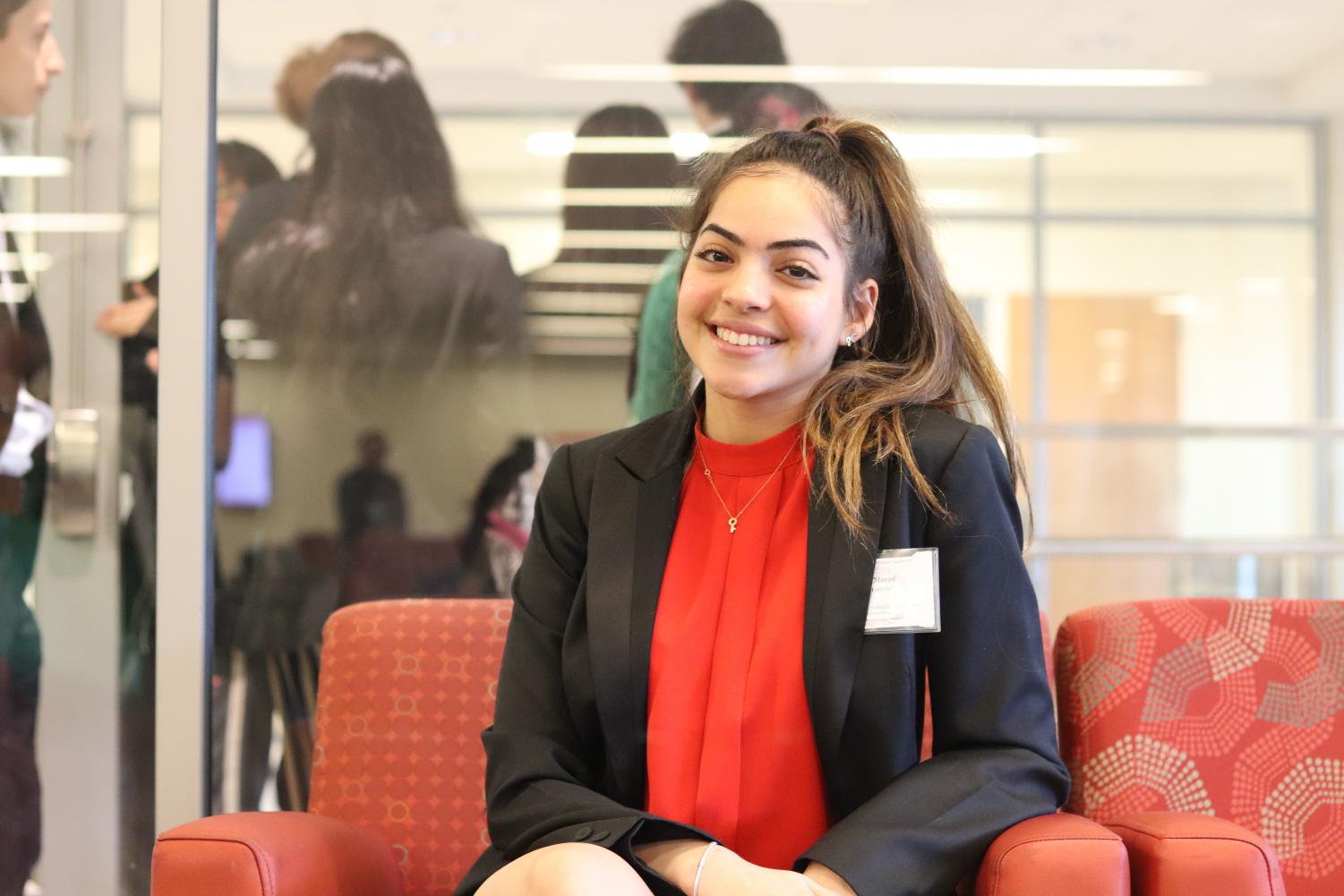 Lina stops for a quick picture on her way to lunch after Session Four of Conference.

Lina Mourad, a sophomore at Cinco Ranch High School, is here at Conference for the first time.

It’s the end of the day.

Resolutions are being turned in.

The session has been lively and enjoyable—not too competitive or serious, thankfully. All the students are supportive, kind, and open to hearing opinions. The Chair continuously cracking jokes also helps to ease the stress of a first timer like Lina Mourad, from Cinco Ranch High School Model UN.

Mourad decided to join MUN due to a fascination with learning about different countries and cultures. She’s traveled a lot globally and speaks several languages, so a club like this was the perfect fit.

Her topic is addressing education barriers in the Middle East.

She was prepared, she was excited, and yet she was silent the whole way through.

“Would I have to talk? Would they call me out if I don’t stand up?”

Mourad had been wondering this at the beginning; another reason she joined MUN was to be a better public speaker. Turns out, she didn’t. The speakers were very understanding and didn’t put too much pressure on anyone to speak.

Despite not being as involved as she planned to be, there was no disappointment. There’s no reason for it. It’s the first day of her first year, she can afford to not be too hard on herself. What matters is that she’s put the work in, she’s witnessed what goes on, and she’s gained confidence in her abilities.

Mourad still wants to speak up and state her opinion.

She was more than ready now. 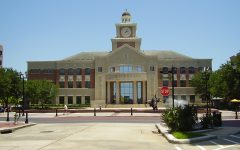 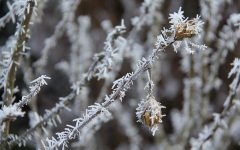 Winter Festivities For the Holiday Season 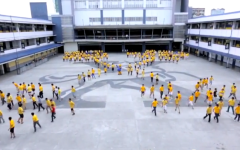 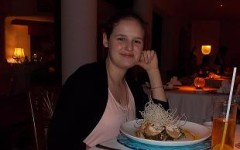