Metin Gul, a senior at George Ranch High School, is here to participate in Conference for the second year in a row. 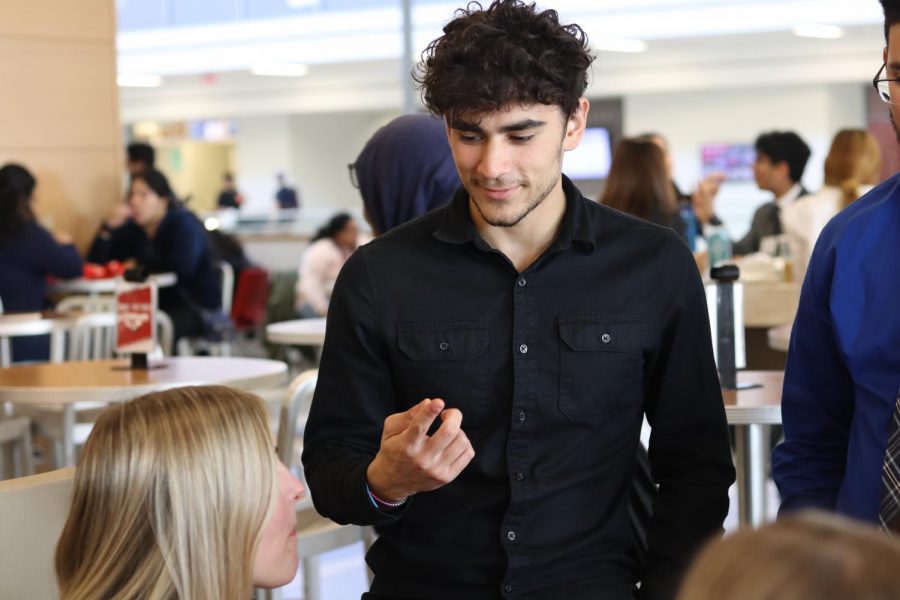 Metin Gul enjoying lunch with his friends after Session Four of Conference.

Metin Gul—a senior, and the Vice President of George Ranch High School Model UN—is sitting at Chick-fil-A following the first session. It’s his second year attending Conference, and everything is just as he remembers.

He went through the express line. All that energy spent during the sessions makes one hungry.

Besides talking to his friends during their much-needed break, he’s thinking about the next piece of information he could provide to his block and how it could contribute to their resolution being passed.

During self-reflection, Gul admits to himself he was a little quieter during the beginning; he needed to ease back into the process. As time went on, however, he talked more and more in order to add relative information.

“I hope this Moderator’s nice and not super strict,” was Gul’s first thought at the beginning of the session.

And now? All that’s on his mind (besides food) is “I’m tired.” Two more sessions to go, though.

The food will make him feel better.

At the beginning of the session, Gul describes himself as timid. There weren’t a lot of people—besides the few who knew exactly what they were going to say and had everything written up— who were speaking.

After everyone got through the nervous phase, people were speaking up more (including Gul), and the atmosphere was quite energetic. Everyone was really friendly, coming to speak to him even at times when he had nothing to say.

They’d come to him and ask for his opinion, as well as trying to get to know him as a person. During breaks and unmoderated caucus, which is where everyone can come together and talk, fellow students were understanding and helpful.

By the time lunch came around, everyone was tired.

They deserved to be.