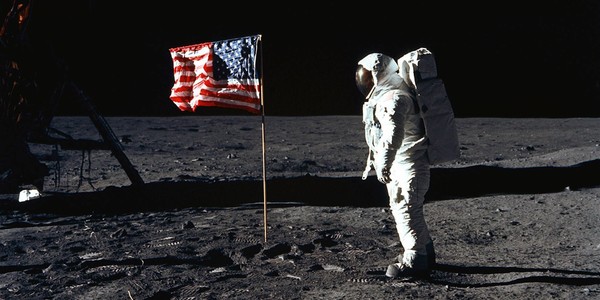 Image from the Apollo 11 mission which Dwight was suppose to be apart of.

When the world found out that the sky was not the limit and the thought of a man on the moon no longer seemed impossible; endless possibilities began to transpire.

The first man to see the earth from a whole new perspective, with feet planted on the moon, was Neil Armstrong. Fourteen years later, the first African American man to venture out into space was Guion S. Bluford. Originally a U.S. Air Force officer and fighter pilot Bluford logged a total of 700 hours in orbit.

“I felt an awesome responsibility, and I took the responsibility very seriously, of being a role model and opening another door to black Americans, but the important thing is not that I am black, but that I did a good job as a scientist and an astronaut,” said Guion S. Blufordut.

However, when it comes to history, behind every great success story there is an untold story.”

Dwight was handpicked out of  35 other applicants from the Air Force to train with the best of the best: pilot, Chuck Yaeger (the first man ever to break the sound barrier).

Soon Dwight’s picture and name were on national magazine covers, TV news broadcasts and radio programs. There was a positive response, though were just as many if not more negative responses.

“These guys — I call them the forces of darkness — came in with all kinds of medical and intellectual questions about black people’s physiology and intelligence,” he said. “They did studies and presented them to the White House and Congress saying my capabilities weren’t even in the ballpark. It was incredibly controversial and political.” Dwight when The Denver Post asked about the backlash from others.

When Kennedy died and his administration started to fall apart, Dwight faced severe discrimination from other astronauts. when government officials created a threatening atmosphere Dwight resigned in 1966, having never been to space.

Dwight is now 85 years old and has dedicated his life to showcasing African American history through sculpting.

The great space race created many opportunities for all kinds of people. Names like Neil Armstrong will always be remembered but dig a little deeper and names like Ed Dwight will be found lost amongst the countless other people who helped make history possible.