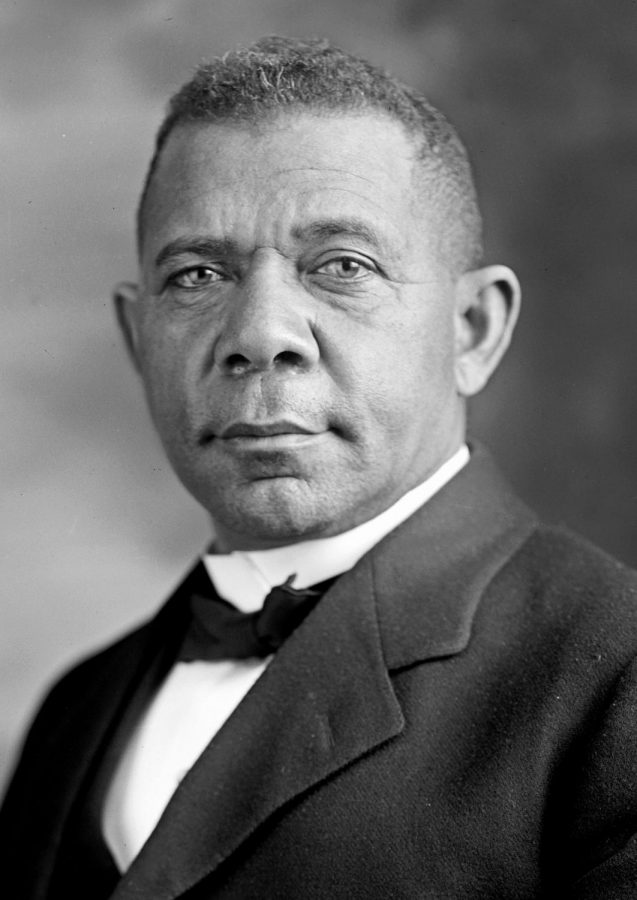 Booker T. Washington posing for a formal picture as he was a well known educator and writer.

Who is Booker T. Washington?

A story about Booker T. Washington's life and who he is.

Later, he had started school. He had to work before school at his first job which was at a salt factory. He then got a second job at a coal mine. While he was working there, he heard about The Hampton Institute. The Hampton Institute was a school for formerly enslaved people.

Washington was also the first African American to be invited to the White House by President Theodore Roosevelt in 1901.”

In 1872, Washington walked all the way from Virginia to Hampton. He was a great student that was able to earn high grades. After that, he went to go study at Wayland Seminary in Washington D.C. Although, he impressed Brigadier General Samuel Chapman and was invited back to Hampton to become a teacher. Chapman then declared Washington as the principal at a school for African Americans in Tuskegee, Alabama in 1881 The School later became known as Tuskegee University.

Washington also hired George Washington Carver to be an agriculture teacher at Tuskegee in 1896. Carver then went along in his own legacy by creating new farming technology. Carver became a celebrated figure in Black History.

Washington had also written a few books. Some of his books were about slavery others were about his life. He wrote five books in total. He was also known for his sense of humor.

Washington was also the first African American to be invited to the White House by President Theodore Roosevelt in 1901.

Washington left his legacy behind when he passed away on November 14, 1915. He passed away due to congestive heart failure. Many people knew him as a very intelligent writer and educator.