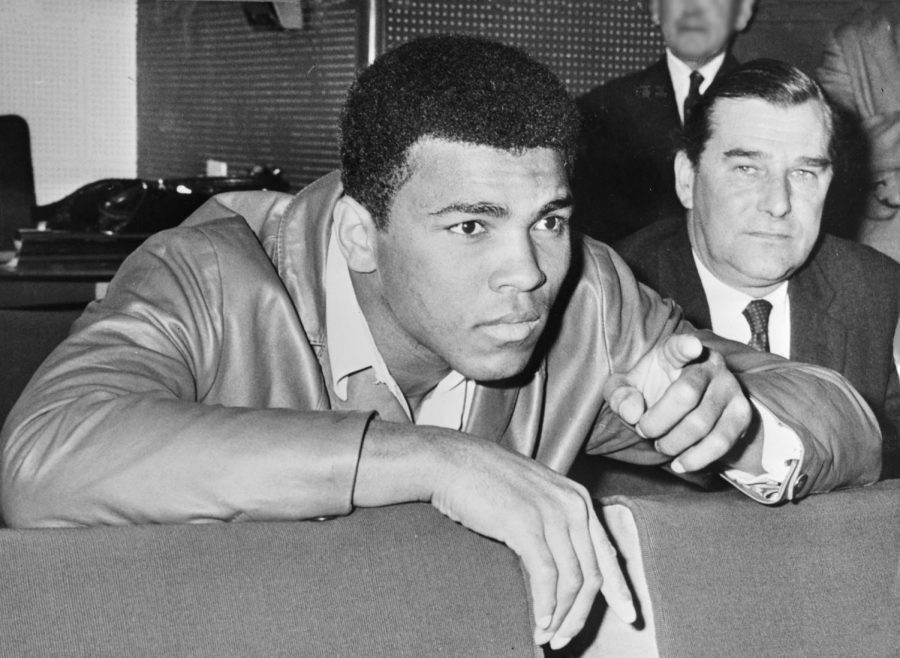 Muhammad Ali was an American professional boxer. Ali was born on January 17th, 1942, and passed away on June 3, 2016. He was one of the greatest boxers in American history. He was an Olympic gold medalist and the first fighter to win the world heavyweight championship on three separate occasions. Not only was he famous for boxing he was famous for spreading the message of black pride and the fight for black resistance against white domination.

Oddly, but factual, Ali’s boxing career all started when his bicycle got stolen. He reported the theft to his nearby police department and an officer of the name Martin suggested that he learned how to fight. Martin took Muhammad under his wing and then he won his first bout in a split decision.

By the age of 18 Muhammad already had two national Golden Glove titles, two Amateur Athletic Union national titles and 100 victories with only eight losses. After graduating high school he travelled to Rome and won the light heavyweight gold medal in the 1960 Summer Olympics. He had his “professional” boxing debut on October 29, 1960. The 6’3 beast battled his opponents with his quick hits, powerful hits, and speedy feet.

Muhammad Ali wasn’t actually his name. He was granted it at a press conference in Miami by the Nation of Islam leader Elijah Muhammad after he announced his conversion to the religion of Islam.

Ali continued with his legendary boxing skills ringing in a bunch of wins. However, on April 28th 1987 his boxing license was revoked when he refused to join the U.S. Armed Forces in the Vietnam War.

After being out of the ring for 43 months, Ali got close to gaining his heavyweight crown again but lost to Joe Frazier. Months later he earned his title back in a rematch.

Years later, Ali was diagnosed with Parkinson’s syndrome. Ring magazine named him “Fighter of the year” five times and his legacy lives on. Muhammad Ali was not the only one of the greatest boxers in American History but was a big advocate for black rights.