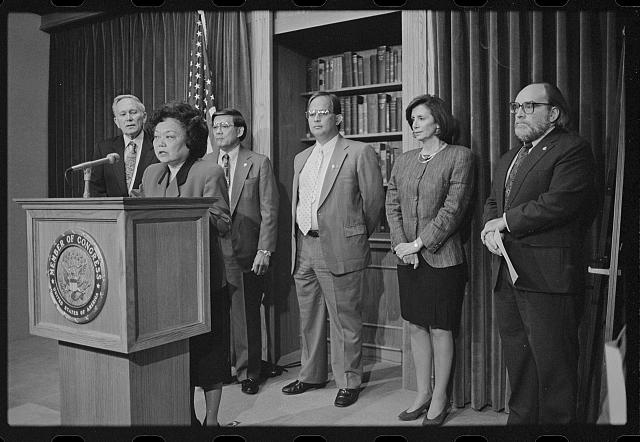 Patsy Mink and Her Legacy

A trailblazer for women's rights and the rights of Asian Pacific Americans. Patsy Mink showed true grit and determination in order to break barriers.

She met her future husband in Chicago and moved to Hawaii with their daughter Gwendolyn Mink, who would later become a women’s rights advocate and taught politics and women’s studies. She tried to practice law in Hawaii but was discriminated against because of her interracial marriage.

Yet this didn’t deter her. She founded her own practice and became the first Chinese American to practice law in Hawaii in 1954. After that, she won a seat in the territorial senate from 1958 to 1959. After Hawaii became a state she ran unsuccessfully for congresswoman yet she won a democrat seat in the Hawaii State Senate and served from 1962 to 1964.

Patsy broke even more barriers, under Lyndon B. Johnson in 1964 when she became the first Asian-American woman to serve in congress.

She advocated for women’s rights, and was one of the authors of  Title IX which “prohibits sex discrimination in any education program or activity receiving federal financial assistance.” In 1974, she even passed the  Women’s Educational Equity Act for gender equality in schools.

In 1990 Mink was reelected in congress and continued to advocate for civil rights. She helped form the Congressional Asian Pacific American Caucus with Norman Mineta in support of the Asian American and Pacific American communities.

We have to build things that we want to see accomplished, in life and in our country, based on our own personal experiences … to make sure that others … do not have to suffer the same discrimination.”

However, her name remained on the ballot for the November election for Congress and won. However, Ed Case succeeded her in the remainder of the 107th Congress.

No matter what, Patsy’s legacy remains.

“We have to build things that we want to see accomplished, in life and in our country, based on our own personal experiences … to make sure that others … do not have to suffer the same discrimination,” stated Mink.